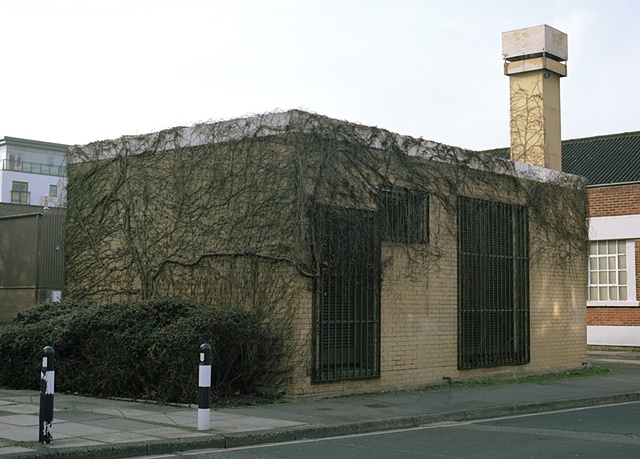 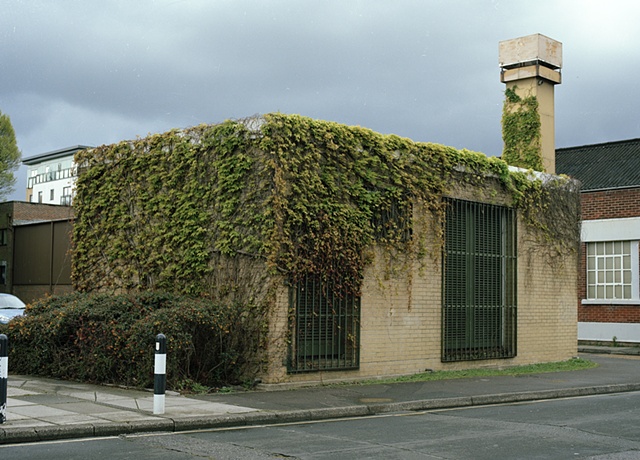 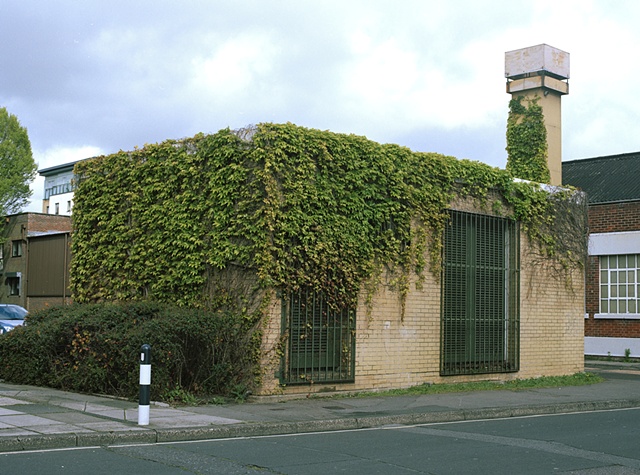 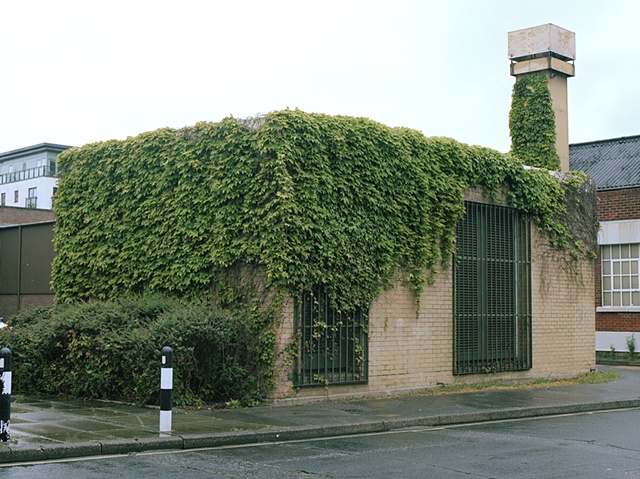 Then is an ongoing project documenting the landscape growing over and covering an unusual and abstract building, which was started along side my Final Major Project. The project is showing how any images of the landscape are of the past. Each time a landscape is revisited it will have changed, whether the changes are very noticeable or not.

I decided to initially shoot it as I had started looking at examples of when the landscape isn’t successful in reclaiming the land, whether that was due to the climate or at the hand of man. When I first found the building, the plant life that was covering it was brown and dead, and I did not think it would be growing back again.

However, only a month after finding it, small sections of green began to appear. Each time I went and revisited the building, it had grown a little more. I was amazed as to how quickly the building was being covered, reminding me again of Christenberry’s images and how fast the kudzu vines can grow. The growth of the plant life over the building was quite uneven, due to parts being in the shade, and other parts getting more sunlight.

I hope to photograph the full cycle of the building over a whole year, and make the capturing of the images more systematic. Each time I revisit the building from now on will be different from before. Even if I went back on the same dates as these are taken next year, they will still differ as the landscape is continuously changing.