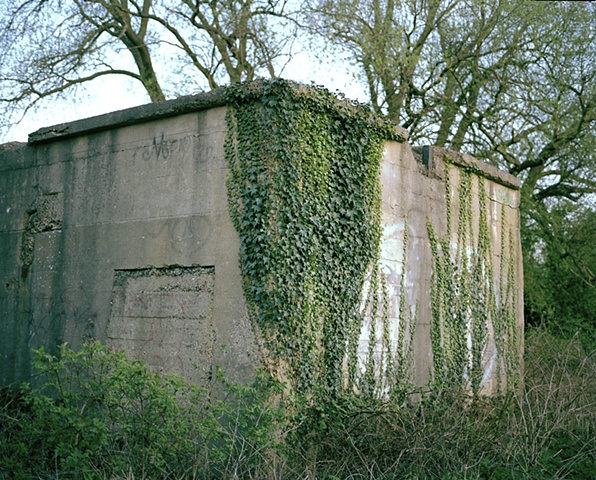 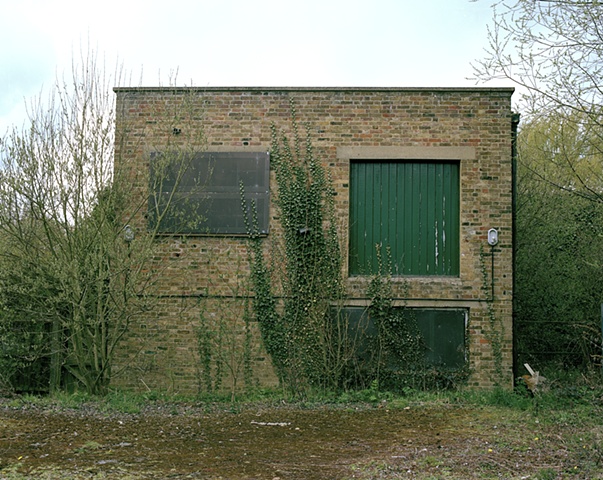 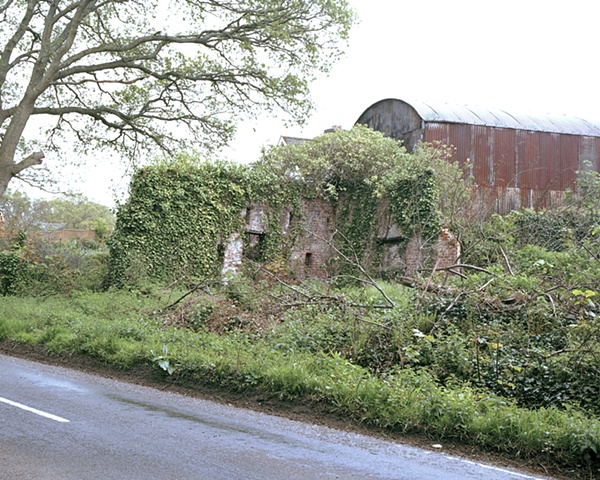 My Final Major Project is a continuation of my Taking Back The Land project. I initially wanted to see if there had been much change to the locations that I had used for my previous project. All throughout my interest in the landscape taking over, Christenberry has been a main influence and was again at the start of this project, along with Jem Southam, who also revisits many of his locations several times. Seeing as there hadn’t been much growth since I had photographed the previous locations, I decided to move away from them and try and find some new ones, as well as the fact I felt I had reached a conclusion with this part of the project.

The new locations I found were very similar to before, and weren’t really showing the full extent and enormity of how the landscape can take over. They were more the laziness of people who hadn’t yet pruned the overgrown vegetation around them. So I decided to move further away from my previous project where the buildings I photographed were still inhabited, and to look at abandoned and unused buildings, ones that could get completely consumed by the landscape.

I wanted to show extreme cases of the landscape interacting with the man-made, and realized in the previous project that where there was any human interaction, the full potential of the landscape can never really be seen. Farley and Symmons stated, “A garden is a vegetation under control, plant life held in various states of ecological arrest” (Farley and Symmons Roberts 2011, p.101). Even though the previous locations were not gardens, they had the same contact with humans that a garden would. Whereas with abandoned buildings, they do not have the same attention and use that a still occupied building does.

There were three main photographers that influenced my direction, being Kevin Bauman, James Griffioen and Paul Talling. Each takes a different approach to abandoned and derelict buildings, and how the landscape interacts with them. Even though Bauman’s images are focusing more on the downfall of American cities, particularly Detroit, the buildings he finds and captures are a perfect example of what can happen when there is no human interaction with the landscape, and how much of the man-made it can cover. Griffioen’s focus is also Detroit, but in a different way. He photographs ‘feral houses’, where the buildings go into a ‘wild state’ and very little of the actual buildings are still visible behind the overgrowth of ivy and shrubs.

Talling's photography is based in London, and so was especially a big influence. His work is looking at the un-picturesque side of London, and locations that can often be over-seen in the everyday, including derelict buildings with different levels of vegetation growing over them. His work gave me a starting point of finding locations relevant to my idea.

After doing a lot of research into locations and techniques used by other photographers, I realized I was only going to find them by getting out and walking around. The locations I found all had different levels of degradation, different surroundings and different developments of vegetation growing over them. Each location showed in its own way how the landscape can consume the man-made structures that are built over it.

The images that were chosen for the series, as intended, all show different levels and examples of the landscape taking back the land from what is built over it. Each location does not just have vegetation growing over it, but also surrounding that base, showing as if the buildings are melting in the landscape around them. The structures were shot from different angles, depending on where the plant life was growing over them.

Each photograph in the series is a photograph of the unknown. Out of all the locations I found, these three were the most far-gone from their previous occupied state. It is difficult to actually recognize what the buildings were used for. They bring the viewer in, questioning what they think the buildings used to be when in their prime. Instead now, the buildings are shell of the past, and we now only see the beautiful greenery slowly swallowing them up, until every trace of the building will completely disappear.